Part I: The Power of Possibility in Portland... 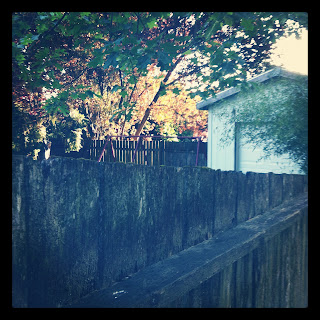 Going to medical school taught me a lot of worthwhile things. However, it was also a path that seemed to gradually extinguish my early entrepreneurial tendencies. As I travelled deeper down the path of specialisation into Psychiatry, I felt myself becoming more and more constricted by the rules, both spoken and unspoken and less able to take risks and create my own path. There was as sense of feeling at times trapped by some invisible prison.


Over the past few years I have been on a mission of unlearning and relearning. I have realised how absolutely fundamental it is for one's growth to be surrounded by people with similar values. I've understood that "nothing extraordinary is achieved through ordinary means" and that this means you often have to take the road less travelled, which can be downright scary. 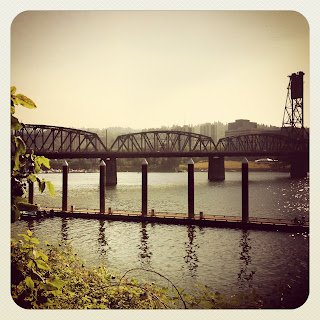 This path of learning, led me to Portland to attend the World Domination Summit. A conference led by Chris Guillebeau, entrepreneur and inspiring blogger who curated a host of key speakers and workshops to explore the question:


How to live a remarkable life in a conventional world?

Although the attendees were a diverse bunch from all parts of the world, the common thread was a shared commitment to living a life anchored to adventure, freedom, community and service.


Brene Brown opened the conference speaking about the importance of allowing ourselves to connect with our own vulnerability.


A theme of the weekend was the need for courage and boldness in the world of entrepreneurialism. Daring greatly and being able to take a risk that may end in rejection, criticism or failure.


"It is not the critic who counts; not the man who points out how the strong man stumbles or where the doer of deeds could have done better. The credit belongs to the man who is actually in the arena, whose face is marred by dust and sweat and blood, who strives valiantly, who errs and comes up short again and again, because there is no effort without error or shortcoming...who at best, knows, in the end, the triumph of high achievement, and who, at the worst, if he fails, at least he fails while daring greatly...

She invited us to exercise our vulnerability muscles. This begun with a request to start singing to the person sitting next to us and ended in dancing with as much silliness as we could muster. There was an immediate relaxed, openness that permeated the room and allowed everyone to drop their guards and relate from a place of refreshing authenticity and "uncoolness".


She spoke of the importance of creativity in living a wholehearted life.


"Unused creativity is not BENIGN, it turns to grief and judgement"

The grief that comes from "unused creativity" was something I had been familiar with in past years. It took a while to see that my "I love art, but I'm not creative" story, was stifling me like a scuba diver running out of oxygen. Creativity is in fact a fundamental life force for me. In order to step into our own creativity we need to check what stories we are telling ourselves that may be damming up our natural creative resources.

My work as a holistic psychiatrist is to listen to the stories people tell themselves and support them in authoring new story lines that allow for more possibility.


The World Domination Summit was a testament to possibility. 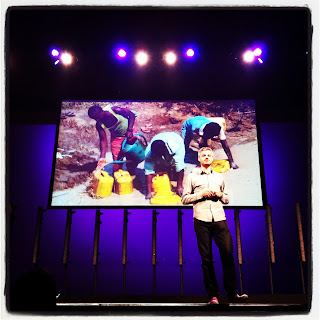 Scott Harrison, founder of Charity Water told his story of transformation, from living the drug addicted superficial world of NYC nightclub promoting, to helping to change the lives of millions of people living in poverty, spoke of the power of possibility. As he shared stories of creating an innovative not for profit that builds wells through the developing world, tears flowed through the auditorium and resulted in many people volunteering their next birthdays to the cause. It was so inspiring to know that the mindful in may community had collectively raised nearly $30,000 to the cause.


His story supports the notion that when one's gifts are channeled in the right way, remarkable things become possible.


Although not a keynote speaker, Danielle Laporte, super successful digital entrepreneur, was a large reason I was pulled to Portland. It's always refreshing to meet someone you have been following online for a while and find that they have as much integrity and authenticity in three dimensions as they do on the screen.


Having worked in strategy at a Washington D.C think tank and then jumped ship to start her own thing, she gave succinct, practical tips on how to move from confusion to clarity with an idea.


Some gems that resonated for me included:


Apart from the inspiring formal key note talks and workshops, meeting the remarkable fellow attendees made flying across the ocean completely worthwhile.

Imagine multiplying this short list by a hundred and you can get a sense of the diversity, creativity and passion of some of the people who flocked to Portland. It was at times, overwhelming.


Conversations danced around the different stages of entrepreneurship. There were those who had come hoping for inspiration to move from the discontent of their current jobs, others who had recently taken the courageous leap into the unknown, and those who were successfully living "location independent" lifestyles doing what they were most passionate about and making money at the same time. 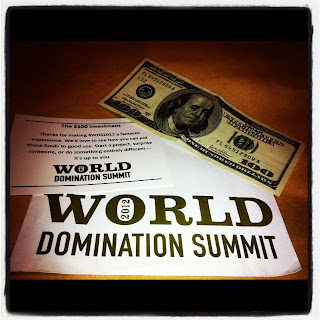 True to its theme the conference ended with a unconventional twist. On arrival we had all received a copy of Chris Guillebeau $100 start up book. The book is a road map to reinventing the way you make a living. To bookend that, Chris announced that an anonymous donor had given $100,000 as he had been so inspired the year before. As everyone left the auditorium we were all gifted with a sealed envelope. It was a $100 bill. "There's no excuse now", Chris cheekily grinned from the stage, "I look forward to hearing what you do with this." I felt more responsibility to this $100 then any other before. As the crowd left the majestic  theatre there was a buzz of ideas, collaborations, jokes and tears. What was I going to do with this unconventional gift?

Posted by CuriouslyCreating at 1:39 AM