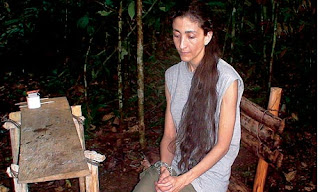 Last night at the Wheeler Centre Ingrid Betancourt, the French-Colombian politician who was held hostage in the jungle for six and a half years by the Colombian rebel group FARC, shared harrowing and inspiring stories about her experience in captivity.
The details of her story are documented in her autobiography Even Silence Has An End. However, listening to her share her stories in person had a powerful impact which brought many of the audience members to tears. It was at times difficult to conceive that the woman who sat on stage, dressed smartly and speaking so articulately was the same person who had actually lived through the stories she shared. She recounted the seeming endless days of being marched through the jungle and held captive, chained by her neck and guarded by child soldiers who were the same age as her own two children. During the six years she attempted to escape multiple times however was caught by FRAC each time. She discussed the fears she needed to overcome in order to escape: floating down a river at night for days on end that was inhabited by piranhas, crocodiles and snakes, risking starvation and perhaps never finding her way out alive from the dense jungle. 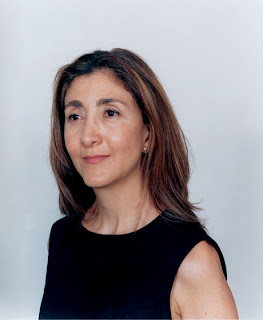 When asked what sustained her throughout the experience she responded immediately with the answer: Love. She recounted how important and life saving it was to hear her mother's messages through the radio every day for six years, despite her mother being uncertain about whether the messages would ever be received. She spoke about the importance of cultivating self love and drawing upon memories of love from her family as an antidote to protect her from the constant hate and torture she experienced from guards and at times fellow hostages. She believed that if it was not for the outside world who constantly fought for her freedom and kept her story alive she doubts whether she would have been set free. She expressed sadness around those that are still today being kept hostage after twelve years in the jungle.
Hearing Ingrid speak last night made me reflect on the notion of courage. Is courage a virtue that only grows under circumstances that exceed what we think we can handle or are some people inherently more courageous than others. What supports our courage and what inhibits it? I felt deep admiration and respect for Ingrid Betancourt. Her words highlighted to me the importance and service that those of us who live less challenging lives can play in supporting those heros who so courageously sacrifice their personal freedom in pursuit of truth and justice.
Posted by CuriouslyCreating at 5:40 PM